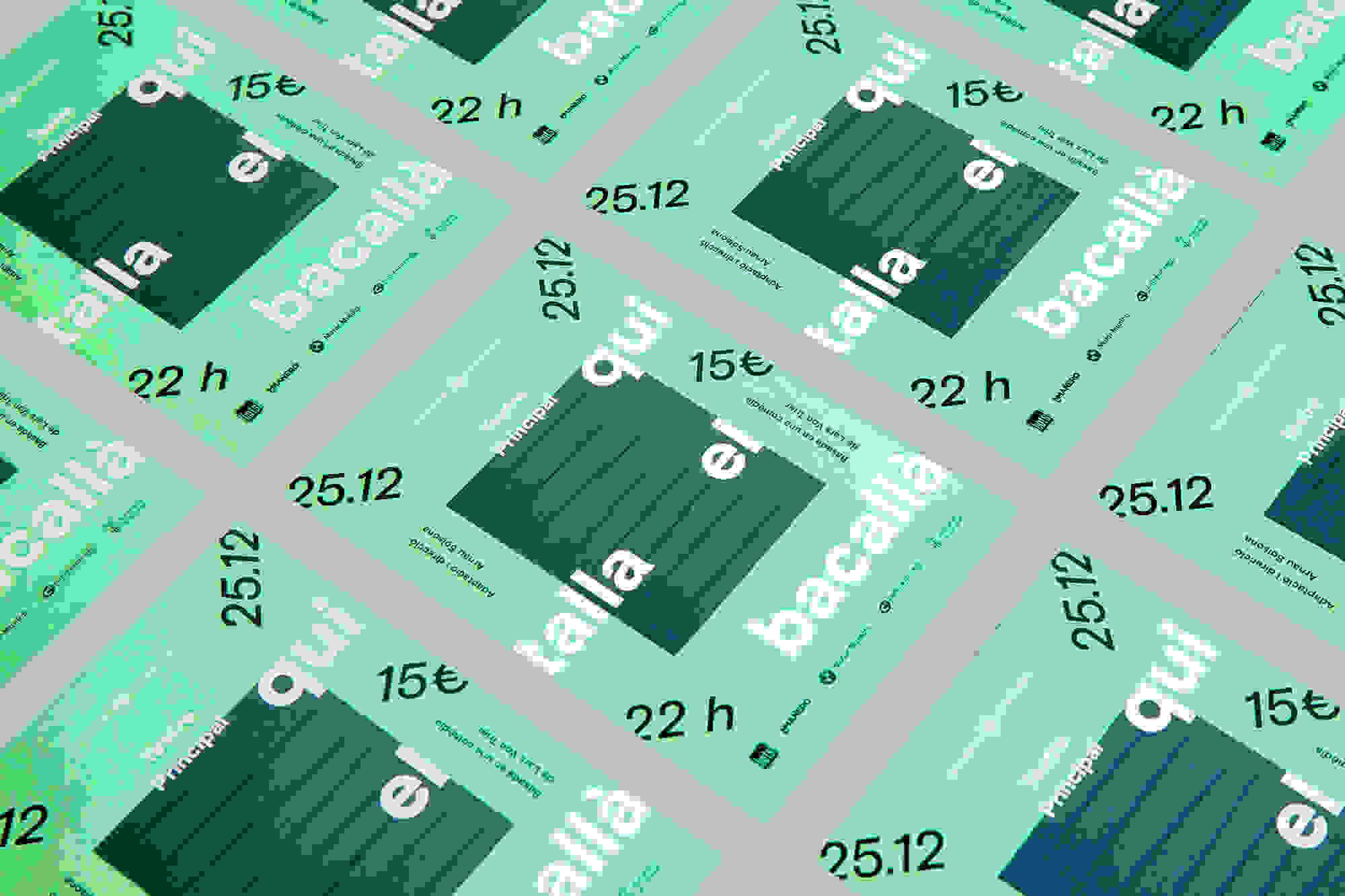 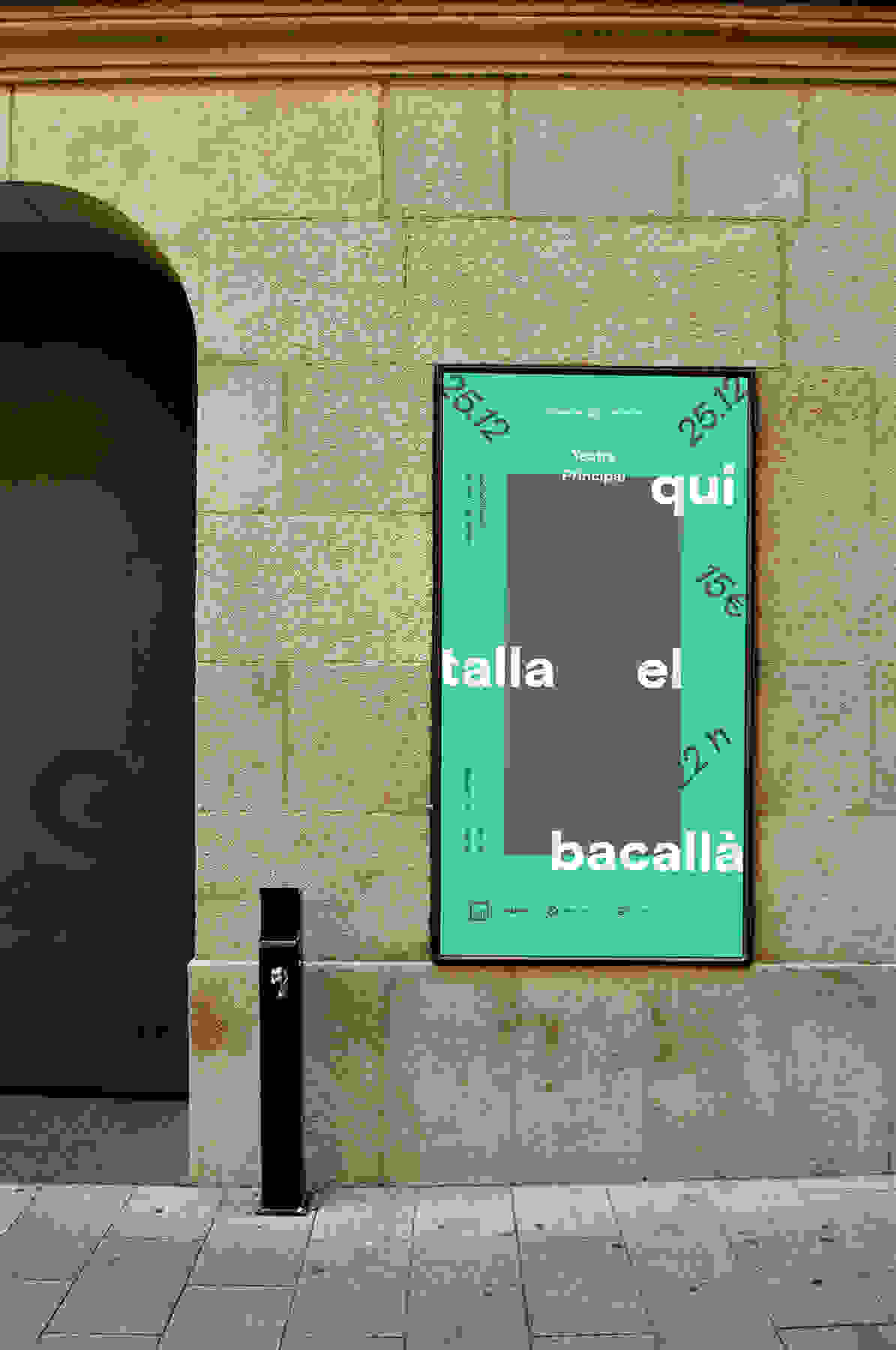 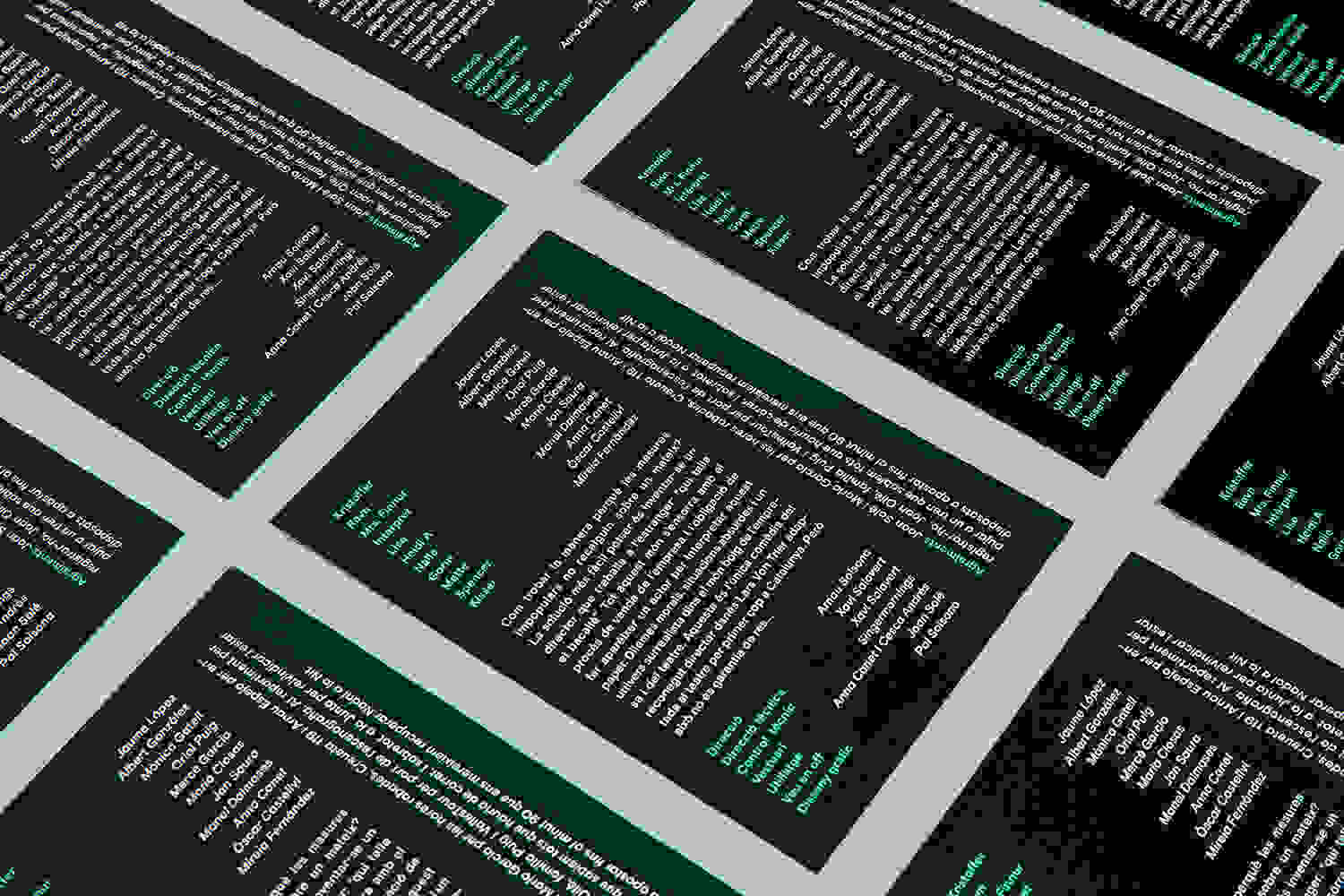 Joventut de la Farandula requested some promotional material for a theatrical adaptation of the comedy film “The boss of it all” (Qui talla el bacallà), originally directed by Lars Von Trier in 2006.

The main elements of the identity are inspired by the open cuts of Lucio Fontana to create a sense of illusion and confusion that goes hand by hand with the plot of the film. 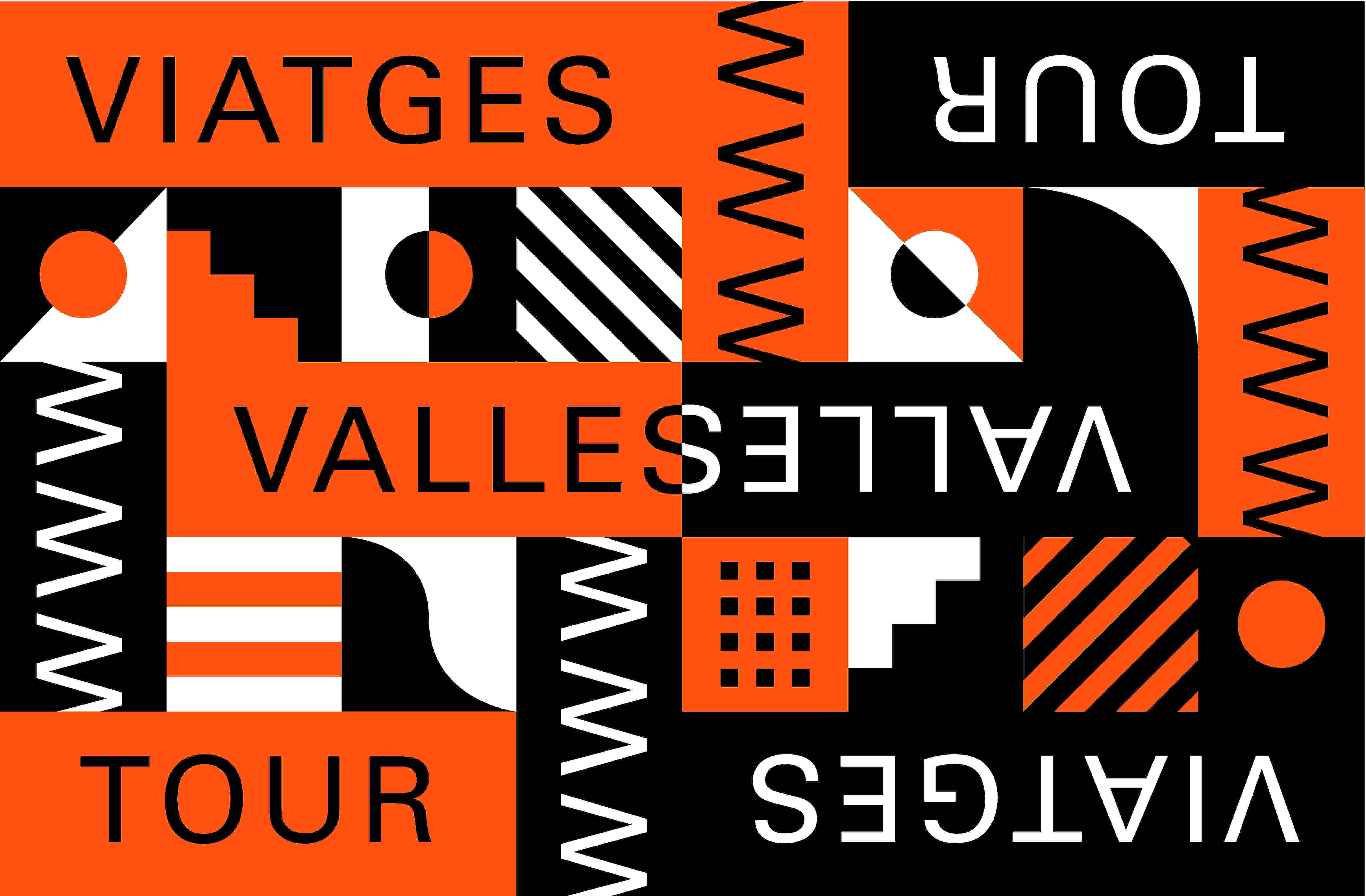 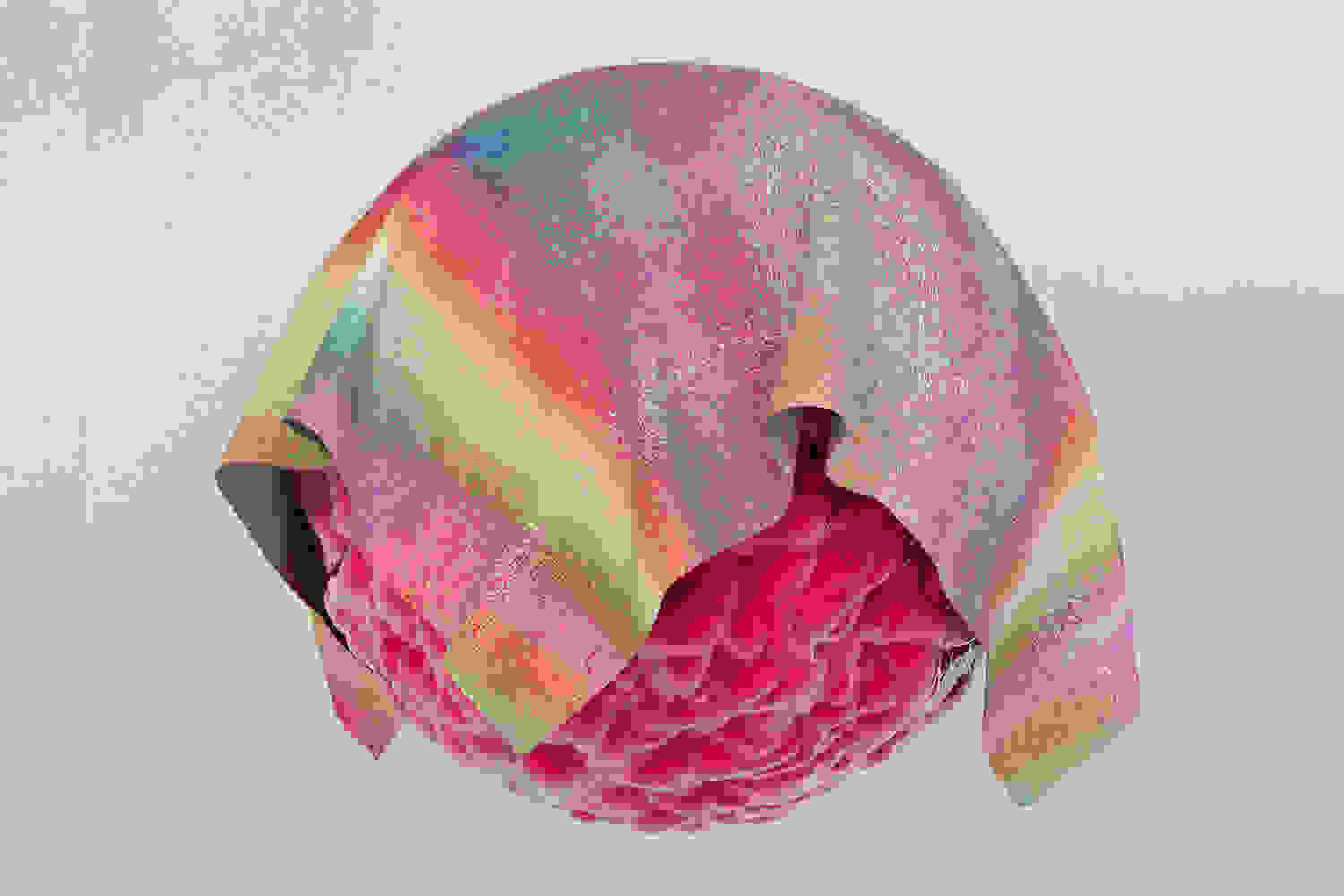 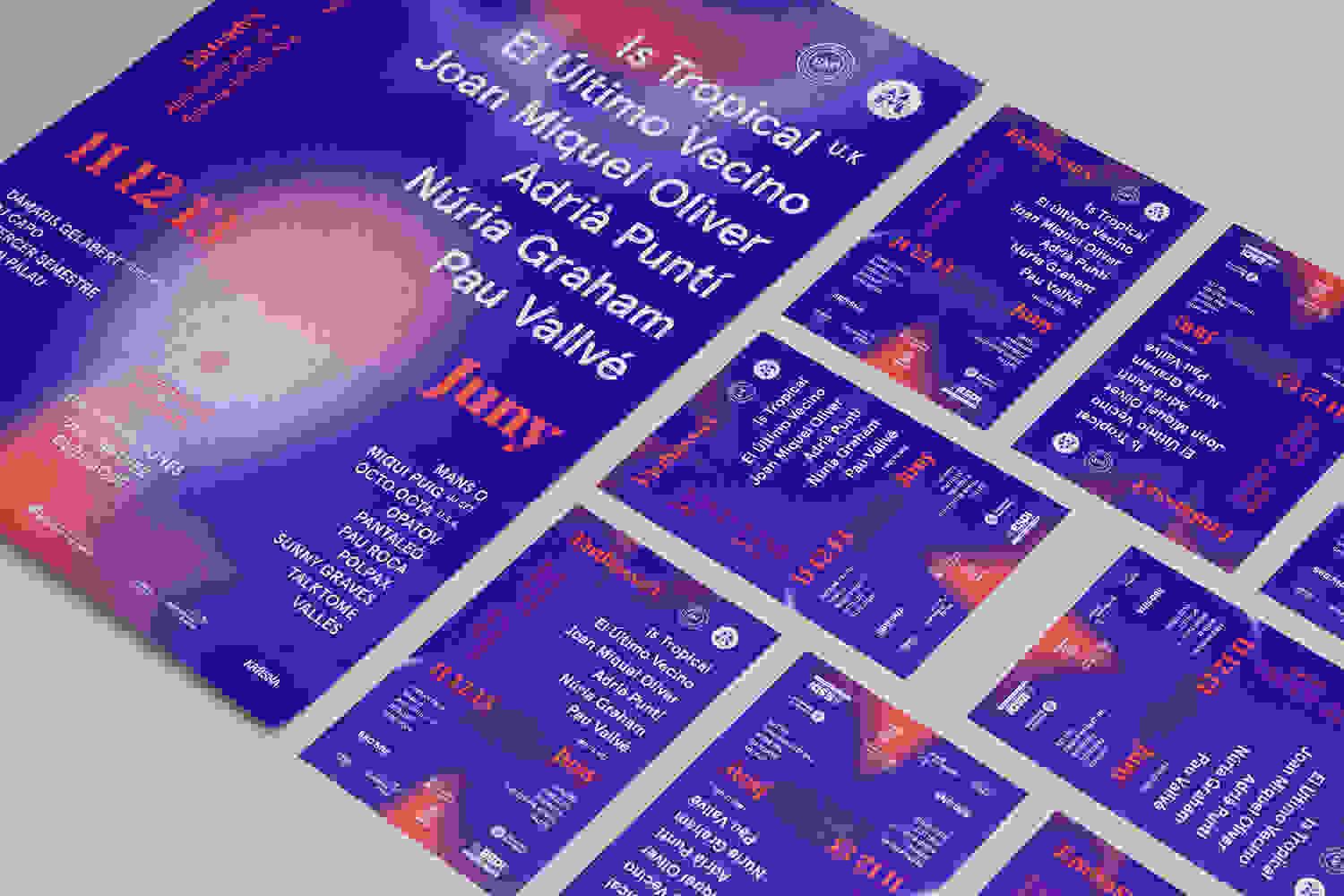